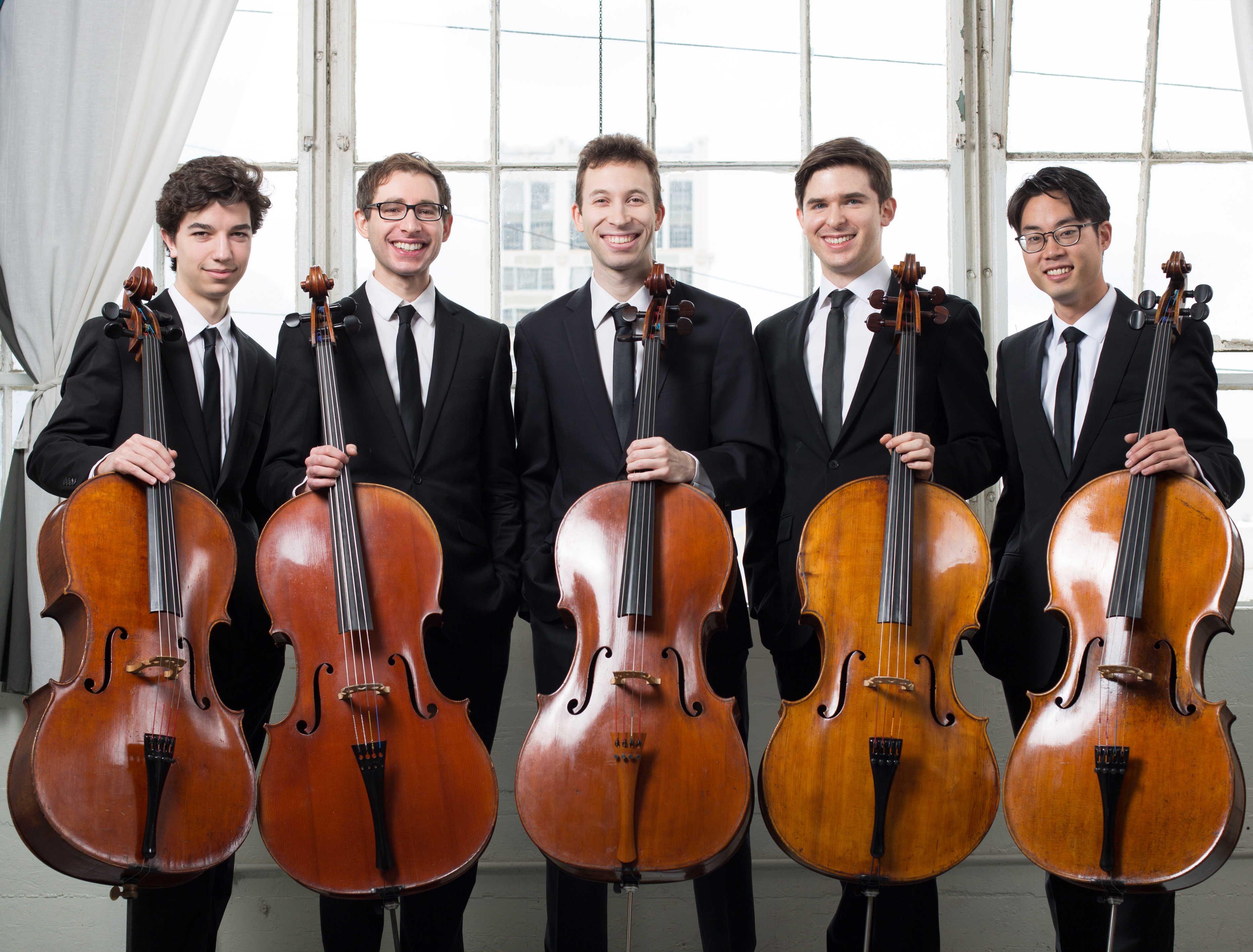 Birdfoot is excited to welcome the unique and versatile cello quintet 桜 SAKURA for its 2018 Spring Artist Residency. 桜 SAKURA will use the residency to learn new repertoire and workshop new arrangements of Beethoven’s Fifth Symphony, Bizet’s Carmen, and Chick Corea’s Spain.

Showcasing the great warmth and scope offered by the sound of five cellos, 桜 SAKURA’s repertoire includes a set of Renaissance a cappella works ranging from the vulgar to the sublime, Debussy’s evocative piano preludes, Rachmaninoff’s Vocalise, and selections from Leonard Bernstein’s enduring West Side Story, and more!  This engaging ensemble, joined by Birdfoot’s Artistic Director Jenna Sherry, will delve deeply into Beethoven’s Fifth Symphony in the latest edition of the popular Birdfoot Backstage series and will close out their residency with a dazzling and eclectic program of works spanning five centuries.

桜 SAKURA, named for the Japanese cherry tree whose flowers have five petals, was founded by colleagues who shared a love for chamber music and similar artistic ideals (all of the members shared a common teacher and mentor in the famed cellist Ralph Kirshbaum—Kirschbaum is also German for cherry tree). They realized “almost by accident” that adding an extra cellist to the standard cello quartet produced an ensemble with greater richness and depth, while maintaining the intimate chamber music feel: “The fifth voice made arranging our favorite music more feasible; we didn’t have to make nearly as many compromises as one does when writing for a smaller group.”

In addition to the new arrangements they are workshopping, 桜 SAKURA will return to some of their favorite repertoire during the residency with the goal of “finding new inspiration from the unique sounds and culture of New Orleans.” One of these pieces, Lament in the Memory of Matthew Shepard by Anne Wilson, was one of the first works the group played together and one of the few pieces in their repertoire that was originally written for five cellos. This loving and compassionate work paints a picture of the tragic story of the young gay man who was tricked, savagely beaten, and ultimately killed as a result of his sexual orientation.